Hiding within the famous lanes of Brighton, this minimal, industrial-style hole-in-the-wall won’t jump out to passers-by. With an open kitchen, 16 plate sharing menu, and a 24 person capacity, I wasn’t sure what to expect from 64 Degrees. What came next though did not disappoint!

A Sunday evening with gale force winds sweeping in from the ocean, it was a feat to even get me out of bed! But it was a special occasion (my birthday) that called for a little extra effort. After a quick Google search, one particular place kept popping up. With a name that isn’t easy to forget and with all the highest rankings on major restaurant review sites, I gave into the persistence and clicked the website link to 64 Degrees. A one-page website with enough information to tell you where the restaurant is, what time it’s open, as well as an online booking form, I had no idea what kind of food to expect other than a short description that said, “tasty small plates using small, local produce”.

The only times available to book were after 9pm, so it was lucky that we were in no rush or starving! It wasn’t the easiest place to find, so as a first-time Brighton visitor, I was lucky that I had a London local with me. Walking into the restaurant, there’s not much to the overall design of the space other than a few timber tables accompanied by black ottomans, and an open kitchen surrounded by replica Turner Bar Stools. Floorboards and a timber paneled wall, as well as cleverly installed recessed lighting give the rather stark space some warmth. Not to mention the smoke and flames from the open kitchen that make you feel, oddly, at home. Loud, alternative, indie-rock music gives off cool vibes and the smells that flood your nostrils have you scrounging for a glimpse of the menu.

Short and sweet, the menu has three sections; veg, fish and meat; each with four dishes to choose from. For a party of two, 5-6 dishes are recommended to share. We ordered two veg, two fish, and one meat dish, as to leave room for dessert! Highlights from our choices included perfectly cooked scallops accompanied by crispy Cavolo Nero (a fancy word for kale); black bream sashimi delicately complemented by thin, crunchy slices of celery and a smooth passion fruit puree; and melt-in-your-mouth, medium-rare pork loin served with a potato galette, glazed veg, and a gravy reduction that had me using every ounce of self-restraint to not pick up the plate and start licking off the excess sauce. The icing on the cake was little crunchy bits of crackling that I wanted to savor and take home with me!

With another four choices on the desert menu, I don’t even remember what else there was to choose from other than the chocolate bowl of heaven that we ordered. Chocolate brownie, chocolate biscuit and chocolate chip cookie were topped with vanilla bean ice cream and tempered white, milk, and dark chocolate. Nothing else needs to be said!

Overall, if you are OK with compromising on space, atmosphere and conversation, and are willing to battle the breezy Brighton coastline, 64 Degrees will plate you up some of the best food that you would’ve eaten all year. 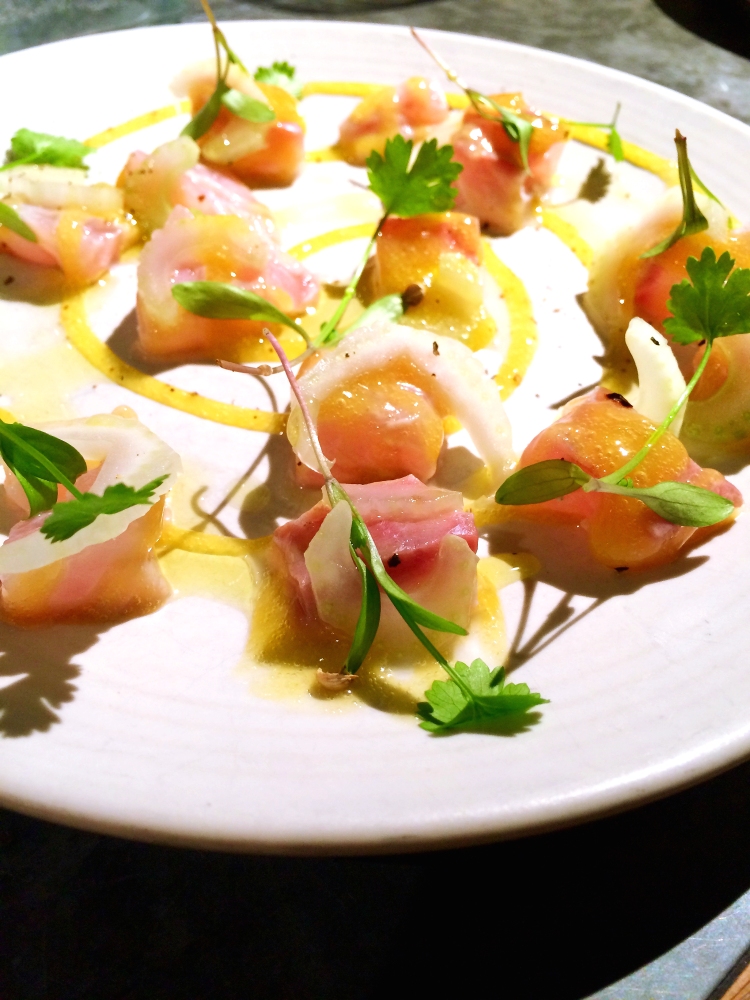 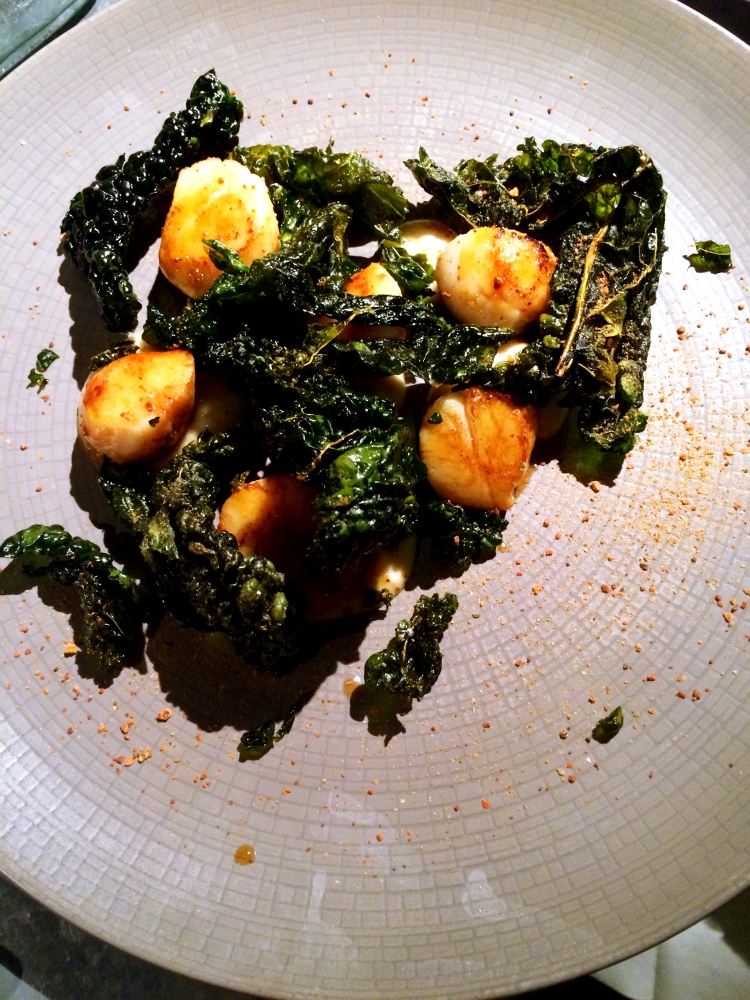 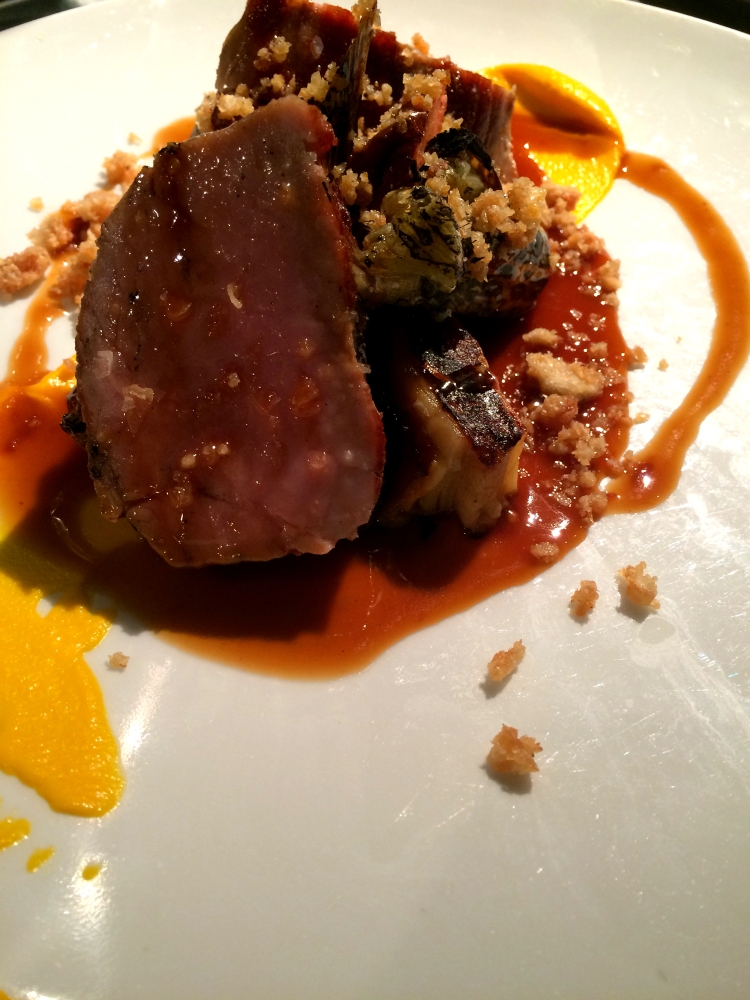 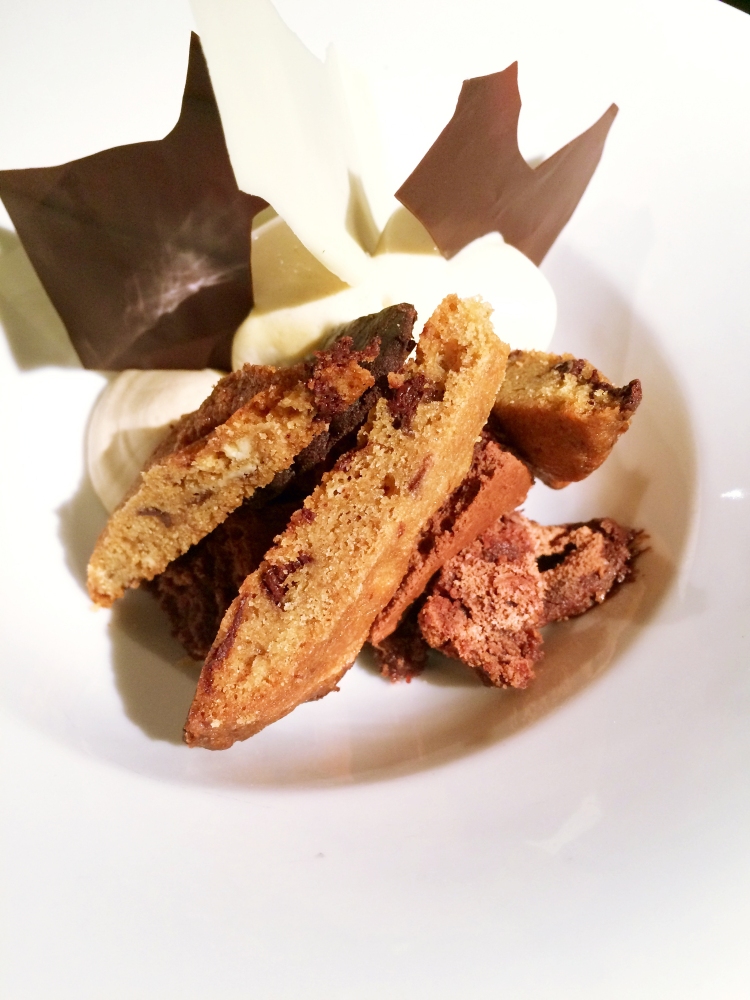