Pie & Mash is an English tradition that dates back to the 18th century with pie-men visiting taverns and fairs, and street vendors selling pea soup and hot eels. Still run by the original families today, London’s Pie & Mash shops are not just serving a local delicacy, they themselves are cultural monuments.

Recently, I visited Goddards at Greenwich and sat through my first traditional pie and mash experience. It was basic but the pie pastry melted in my mouth and the mash potato was so fluffy I wanted to lie in it! It won’t go on the ‘last meal of my life’ list but it was a tasty necessity that I “had” to endure while exploring London’s history.

Walking into Goddards, the interior boasts the traditional design of a Pie & Mash shop. White tiled walls and booths constructed of wood are complemented by green-painted accents and glistening chandeliers. Although a traditional pie shop would’ve had marble countertops for ease of cleaning, lacquered timber does the job in Goddards and adds to the shops’ antique aesthetic. On a basic white plate, I am served a pie (a basket made of flaky pastry filled with minced beef), accompanied by two dollops of fluffy mash potato and a sloppy scoop of mushy peas. “Gravy or liquor?” the lady behind the counter asked me in an extremely thick English accent. I wish I was adventurous enough to try the traditional, non-alcoholic eel liquor but I was more inclined to just read about it online later! In the past, eel liquor was made from the water leftover after stewing the eels, mixed with parsley and other spices. However today, many shop owners leave the stewed eel juices out of the recipe … I can’t understand why … and simply use water, parsley, spices and flour to thicken the sauce.

Although ‘pie’ is not an original British recipe, Pie & Mash and its infamous accompaniment, eel liquor, have their origins set in the dockside neighbourhoods of East London. During the mid-late 1800s, East London was a working class neighbourhood due to its proximity to the fishermen’s docks. Pie was already a staple food at the family table and eel had gained popularity because of its inexpensiveness. The only fish species that could survive the dirty Thames, Dutch fishing boats would bring eel up the river and sell them off to street vendors at the Billingsgate docks. In the mid-19th century, businessmen caught onto the profitability of the pie, and the trade moved off the streets and into shops. Five key family names that have been most influential within the Pie & Mash industry include Manze, Cooke, Kelly, Goddards and Arments.

Still a much-loved tradition among all British families, pie & mash shops continue to thrive across London and should be a must-visit for locals and visitors alike. 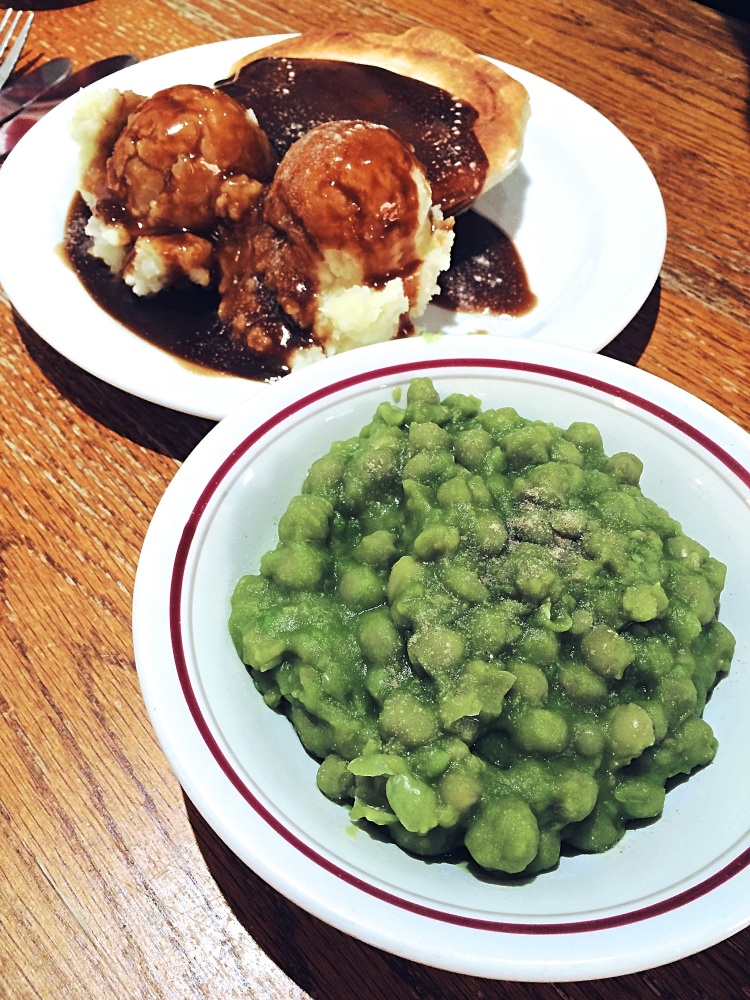 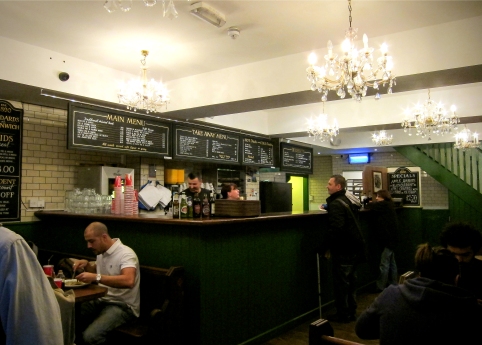 Image of Goddards at Greenwich interior, courtesy of Kotomi_ via Flickr.

Image of Goddards at Greenwich facade, courtesy of Ewan Munro via Flickr.