Throughout the month of April, Bookatable by Michelin is hosting the ultimate foodie festival across London. With over 200 restaurants involved, Feast on London is opening up the cities evolving dining scene to hungry foodies everywhere!

Feast on London is your chance to try something new, eat at that Michelin-starred restaurant you’ve always wanted to go to or get the gang together for a ‘fancy’, cheap night out! With over 200 restaurants involved across London, including OXO Tower, Searcys at The Gherkin and The Cinnamon Club, each are providing exclusive ‘Feast on London’ dining menus and options.

Last Friday night, we decided to try a restaurant I had never heard of before but one serving up one of my favourite cuisines; Mexican! Cantina Laredo is in the heart of Covent Garden and offers an exciting list of Mexican dishes that had my mouth-watering and my mouse clicking the ‘Book Now’ button in no time! Their Feast on London deal was 2 courses for £27 or 3 courses for £32 per person, including a glass of prosecco or a margarita. Of course, without surprise, we went for the three course menu.

Being a Friday night in London, the city was filled with the kind of people you don’t necessarily want to be sharing a restaurant with; business men and women that behave like they’ve just been let out of their cages, drink like there’s no tomorrow and talk like a teenager when their parents aren’t around. But, in a weird way, their rowdiness gave the restaurant a little more atmosphere that it otherwise may have been lacking.

Greeting you as you walk into Cantina Laredo is a very impressive, illuminated tequila bar stocking over 30 varieties of the finest blue agave tequila. After being seated, I was ever-so grateful to the waiter for asking us whether we’d like to order some drinks, we were quick to decide what we wanted (mainly because we had spent every night of the week before looking at the menu), and the waiter was extremely helpful, offering advice and suggestions! Our final choice; Guacamole prepared at your table (this was an extra but I had to see how they made it in front of you!), Tacos dorados (crispy chicken tacos), Tortas de Carnitas (pulled pork), Tacos de Rib Eye, Fajitas de Pollo (chicken fajitas), and a side of Papas con Crema y Chile Ancho (creamy potatoes).

Bringing out the guacamole, each element was laid out on a large round tray with a bowl and two lime wedges sitting in the middle. Squeezing the lime into the bowl, the waiter then mashed the avocado into the fresh lime juice, throwing in the tomato, red onion, green chilli and coriander as he went. Within a few minutes, a freshly made guacamole is placed on your table, accompanied by warm tortilla chips. Whether it was because of the quality of the ingredients, the fact that I had already, swiftly drank half a frozen margarita, or I had just watched the waiter skilfully blend the incredibly tasty concoction that had my taste buds rejoicing, I didn’t care! Cantina Laredo had won my foodie heart!

The grilled chicken for the fajitas had a delicious, chargrilled taste and the Tacos dorados had a crunchy outside with a scrumptious, gooey, cheesy-chicken centre. Sharing ‘best dish of the night’ award with the guacamole however, was the Brownie de chocolate con Helado de Vainilla; Chocolate, pecan and walnut brownie, vanilla ice cream and agave vanilla butter.

Holy moly! Served in an iron skillet, the brownie sits in the middle of the dish, topped with vanilla ice cream. At your table, the waiter gracefully pours the agave vanilla butter around the brownie which begins to bubble and heat as it hits the piping hot iron. The aroma of the syrup is absolutely to die for and as much as you want to dive right in and hurl the biggest spoonful into your drawling mouth, don’t! Because you’ll end up with a burnt tongue! Trust me, I learnt from experience!

Walking out of the restaurant two sizes larger than I walked in and thankful that I had worn a flowy dress, it was safe to say that our Feast on London experience was a success! Overall, Cantina Laredo was rather impressive and I will certainly be back, even if it is just for a quick Margie and guac before a show!

Here’s some pics from the night but follow @dine_with_design on Instagram for more, as well as all my other foodie, design and travel adventures! 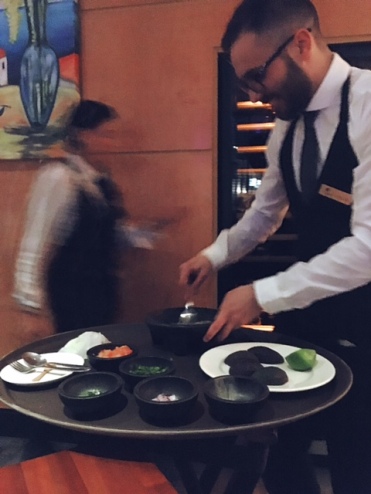 Guacamole prepared at your table 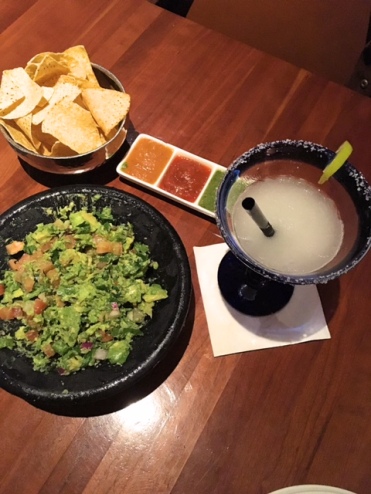 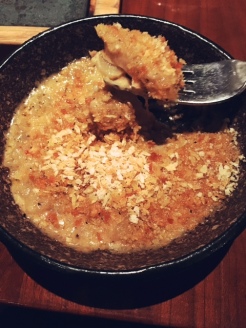 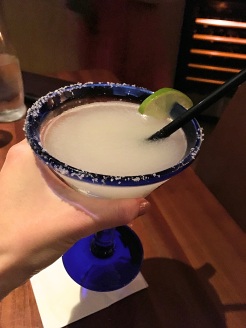 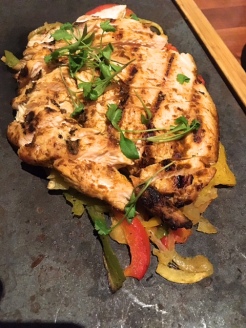 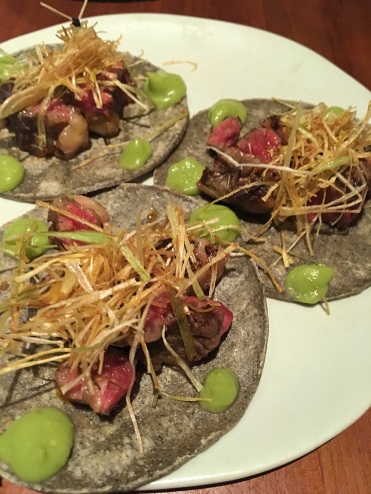 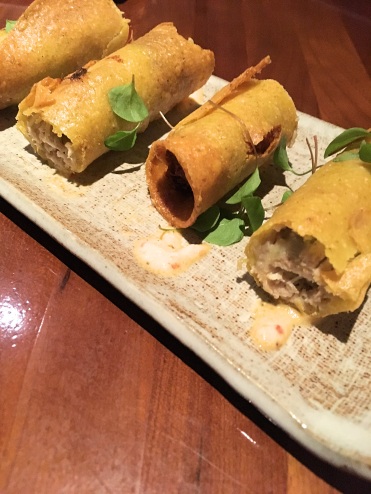 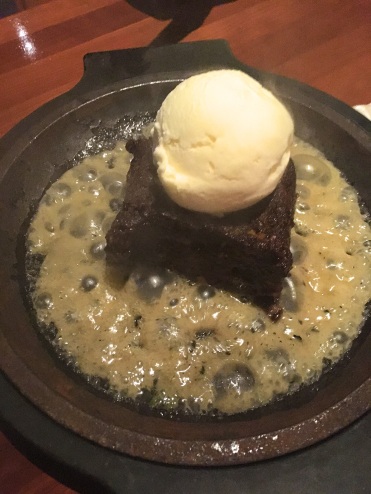 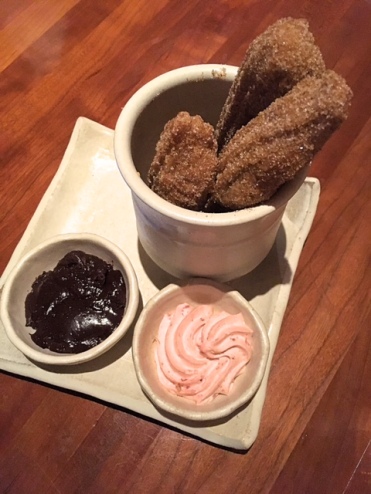